The Irish Mob is boss. That is all.

You are not connected. Please login or register
Feeling creative? Want to show your love for the Mob? Do both in one go - check out the Mr/Ms Mob 2010 competition!

Don't forget to visit our chatbox for some random chatter about nothing in particular.

Invite all your friends! Invite everyone you could ever know!

Help us continue our story 6 words at a time here.

THIS SHALL BE REDLINE'S COMPLAINT THREAD.

So, a couple of days ago, I ran in to a woman I recognised but couldn't place in my memory. She was really old, really short and she came up to talk to me. I said hello all polite-like 'cause I knew that she was my mom's colleague, just not in what way or when I met her.

She got so mad about it. She said it was during an interview UNHCR conducted on my family. I swear, even with the light in my eyes and the fact that I was concentrating on the guy who was asking the questions, she was not there.

Not to mention that my memory is shite because of weak neurons so why the hell did she have a tantrum like a fucking twelve year old? Aren't old people supposed to be wise or something?

Pretty sure she was there. If I'm right, she's the one who organised us being interviewed.
Guest

No, she was older than that woman.
Rhosauce

There were two women and two men in the room. Only one of the guys wasn't "old". What colour was her hair?

Either way, getting pissy about it was definitely derp.

Either way, apparently she complained to my mom saying that my attitude was like "Don't touch me", even though she never shook my hand or did the biz (three kisses) thing. So she didn't actuallz try to touch me at all.

My mom told me "Yeah. She's weird. Ignore her."

Lol.
I'm just annoyed that someone so childish and crazy can work in the public relations department of a world aid organisation...
ephie

Redline wrote:Lol.
I'm just annoyed that someone so childish and crazy can work in the public relations department of a world aid organisation... 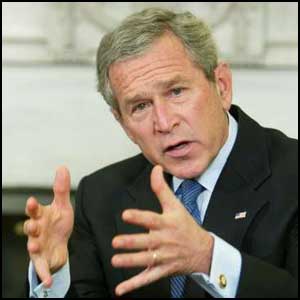 The government of the USA isn't a world aid organisation...
ephie

Obviously you don't live in the reality that us American's live in.

To be honest though; you don't know how many times I go through life and run into people who know me and I have to fake my way through knowing them.

See, I'm a large red-head with a defined face and eyes of a unique color.

It's hard to forget what I look like apparently. And everyone can remember my name.

Your best option is to learn to either become a

, or learn to bullshit with the best of us.
Guest

Obviously you don't live in the reality that us American's live in. 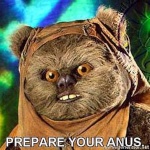 I think Tot was just trying to convey that the US does put a lot into aid for other countries.. They don't give as much aid per capita as other countries but give more overall. Though you're right the US is NOT by ANY means a world aid organization, it's just one part of international relations.
Tator Tot

I was actually being half sarcastic; but the US gives out massive amounts of aid to other countries, groups, and our own citizens.

We're actually one of the few "Super-Powers" (I use that term for a lack or a better one) that actually has their Military play a dual-roll of Aid & Military affairs and has our soldiers trained as such.

I'm not provocating that we're the mightiest in the land; but between the number of charities HQ'd in the US, along with what the country does by itself; we probably do give out more aid than anyone else.

I know for a fact that the number can back this up in recent natural disasters like in the Caribbean islands and South-Asia/India.
The U.S. was also one of only 4 countries to actually aid the Philippines after they got majorly hit by Tsunamis over the last year.

Under the UN Constitution/Rules & Regulations, Governments of Sovereign Nations can be seen as Aid Organizations even when using a military presence.
Guest

@Nader - Thank you for clarifying

@Tot - I don't mean for this to end up belonging in the Pander and Philosphise section but, at times, the US does far more harm than good.
Tator Tot

Oh I'm well aware of them, though the US's position usually ends up being the question:
"Do good intentions with a bad outcome make you a bad person?"

We do a lot, and it's almost a desire that drives the people to do so; as bad as some people make the US out to be, you won't go anywhere in the Nation where there isn't a handful of people sitting and waiting to help the next lost soul to wonder into town.

It's in our culture to help people, beyond just the religious imbuing of this thought; we also have history to teach us as such. In all 5 different text books I've had that went over the Civil War & Revolutionary War; it's pounded into our heads that without the aid of other nations, the outcomes would not have been in our favor.
Though we're constantly stuck trying to decide what the best course of action is.
Ultimately we fall into the pit of impatience and want to act now; fearing that if we wait the image of us, and outcome could be bad.


Or as I decide to look at it:
We're still the underdog and everyone is butt hurt because we're doing so well in the company called life even though everyone else is much older than us.
Kromel

Tator Tot wrote:
Or as I decide to look at it:
We're still the underdog and everyone is butt hurt because we're doing so well in the company called life even though everyone else is much older than us.

That's EXACTLY what the problem is.
Guest

Wait, Kromel, do you mean that he is describing the problem perfectly or the problem is actually people thinking like that?

Both, though I should disclaimer that last part, it was just a joke.
Koblentz 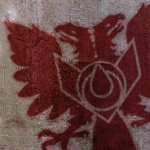 Tator Tot wrote:Obviously you don't live in the reality that us American's live in.

Not many people outside the US do. American reality is quite solipsistic

Redline, I completely understand where you're coming from. Working retail has convinced me that a large portion of the population are emotional babies that complain and cry about the dumbest shit. Sucks, but c'est la vie!
Guest

Anyway so there was a group I had to receive today at work and they were teenagers, one or two years younger than me. I had forgotten how much I hate them. They wouldn't listen to me (but I'd hazard a guess that that's because I don't speak loud enough or give off any sense of authority... wonder if I should talk to them like I talk to my little brother).

But one girl was standing in the atrium with a banner that said "16 days of activism against gender-based violence" across from her while there was all this stuff for World AIDs Day on one side of her and a few boards with people holding up "NO" signs in hundreds of different languages to symbolise the 16 days.

And her reaction was "Those doors are intense." because we have a weird revolving door...

HOW CAN ANYONE BE SO VAPID?

Please tell me I wasn't like that a year ago

Also, I was standing around waiting for all of them to get in to lead them down to the room where they would attend a presentation conducted by another staff member... and I overheard the end of a conversation.

"Why would you laugh?!" said a young girl.
"I thought it was funny," replied the guy who'd been speaking to her.
"Child abuse. Ha. Ha. Ha." Can't you just feel the sarcasm?
He scoffed and walked away.

I say again: I hate teenagers.
Myself included.
Eggbert

Eggbert
I am disappoint

Redline wrote:And her reaction was "Those doors are intense." because we have a weird revolving door...

I do that. I don't do it out loud, though. I just find my mind wanders regardless of the severity of the situation, probably because it's trying to wriggle out of said severity.

I"m not sure if I should laugh... or if I should be gawking in aww of how...just blatantly stupid that was.
Sponsored content

» Need People To Join Me For Charity (read below)
» I hate people stabbing me, therefore I just got into a rambo mode
» Really stupid battlegear question
» Can you find 9 Hidden people in this picture?
» Are people born with common sense?

Donations aren't mandatory; the site will be free to use endlessly for anyone and everyone. However, donations will aid in procuring the following:

If you do wish to donate, please use the following link. Paypal is available.
DONATE
Current date/time is Mon Jun 01, 2020 2:55 pm